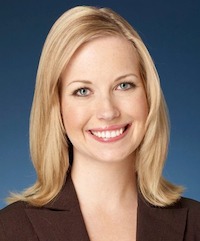 Slobodian left Global Winnipeg in September 2009 to become Shaw TV Calgary’s first ever weather anchor. She then left to pursue a brief stint at CBC Calgary.

On Thursday, Quebecor Media announced she’ll make up one-third of a panel on “The Roundtable.”

“It will be a feisty, personality-driven discussion on national issues… including the West,” the network said in a release.

Slobodian will co-host from Calgary with Alex Pierson and Pat Bolland chiming in from Toronto.

“(This) lets me do more anchoring, which I’ve always loved,” Slobodian said when reached by e-mail.

Andrea’s last day at the CBC is today.

Fun fact: Former Globalite Nicole Dubé will also be part of the new network when it launches April 18.