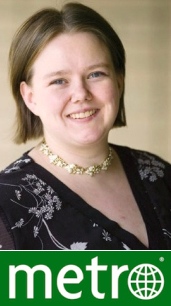 Metro Winnipeg will have itself an experienced Managing Editor at the helm when it launches April 4.

We’ve learned Elisha Dacey will fill the role at the new daily paper. Dacey currently holds the same position at The Portage la Prairie Daily Graphic, where she has spent the last nine months.

Before joining the Daily Graphic, Dacey was Entertainment Editor for the Daily Courier in Kelowna for two years. Prior to that, she was a reporter and photographer with the Canstar weeklies.

Metro News will debut its Winnipeg product in just over a week to reach about 40,000 people. As we showed you earlier this week, bright green distribution boxes are popping up around the city.