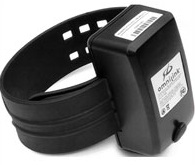 The province is extending an electronic monitoring pilot project by one year to keep tabs on high-risk auto thieves.

The program — first implemented in 2004 — is part of Winnipeg’s auto theft suppression strategy.

“Electronic monitoring is one of the tools we have used in a strategy that has helped reduce auto theft by nearly 80 per cent since 2004,” Attorney General Andrew Swan said.

Fifty-seven Level 4 auto thieves have been equipped with the monitoring devices since 2008.

The provincial Conservatives were quick to pounce on the NDP government’s move, calling it a “weak announcement.”

“I’m sure violent offenders in Winnipeg are really concerned about a government announcement to continue with the status quo,” said Manitoba PC Justice Critic Kelvin Goertzen. “The NDP simply do not have the strength and commitment to expand this program and do it properly. They could have moved ahead years ago.”