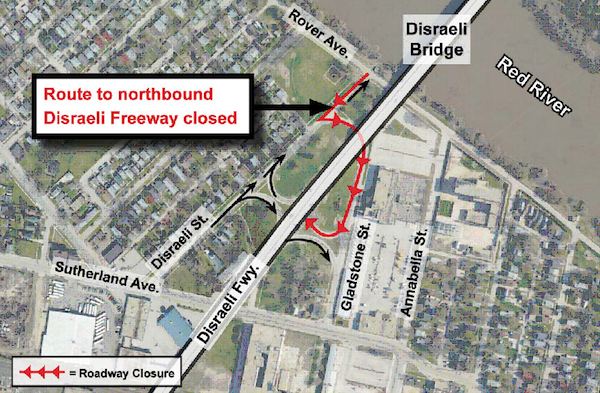 The ongoing construction of the Disraeli Bridge will affect traffic for more than a year.

Beginning Monday, access from North Point Douglas to northbound Disraeli Freeway via Disraeli Street and the Gladstone Street loop and on-ramp will be closed until summer 2012.

The city recommends motorists wanting to travel northbound on Henderson Highway use the Louise Bridge and Talbot Avenue.

More information on the project that will replace the 50-year-old structure can be found at Winnipeg.ca.