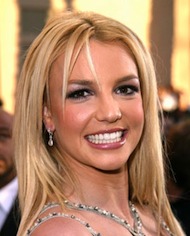 Winnipeg is in for another big concert this summer when Britney Spears plays the MTS Centre.

Spears announced her summer tour Tuesday on ABC’s “Good Morning America,” and it includes a date in our city on Monday, July 4.

The 26-city tour is in support of Spears’ seventh studio album, Femme Fatale, which was released today.

No word yet on how much it will cost you to hear Spears lip-sync or when tickets go on sale.

The tour originally included Enrique Iglesias as an opening act, but hours after it was announced, Iglesias pulled out for unknown reasons.

*5150 psychiatric holds, cherry Fanta and fake British accents not included with this tour.