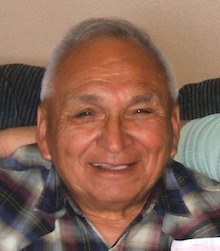 An 87-year-old man who was allegedly assaulted at the Parkview Place Personal Care Home on March 24 has died.

Frank Alexander hit his head on the floor after allegedly being pushed by 70-year-old Joe McLeod — an Alzheimer’s patient who has no recollection of the incident. Alexander spent several days in critical condition before succumbing to his injuries on Monday.

Police are now consulting with the Crown Attorney’s office over whether to upgrade the charges against McLeod.

It’s McLeod’s second run-in with the law in recent months. Last fall, McLeod was arrested after not recognizing his wife and striking her. He spent weeks in jail, but was eventually released when the assault charge was dropped.

On Monday, it was revealed McLeod would undergo a 28-day psychiatric assessment at the Health Sciences Centre to determine his mental state.

← Previous: Winnipeg Cracks Top 10 in 'Best Places to Live' Ranking Next: Switchfoot to Perform in Winnipeg on May 23 →
Tags: Crime | Death | Health