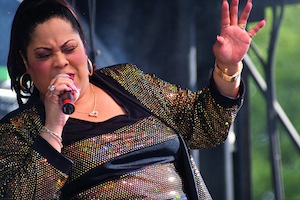 The complete line-up for this year’s Pride Winnipeg festival has been unveiled.

As organizers previously announced, they’re bringing in Martha Wash as the headliner for the annual event taking place June 5 at The Forks.

Festivities will begin at 12:30 p.m. with a parade, musicians, dancers and a number of local artists.

More details on the festival can be found at PrideWinnipeg.com.