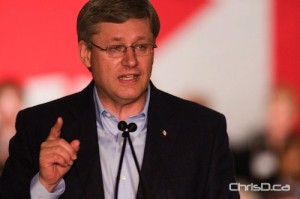 Conservative leader Stephen Harper will land in Winnipeg today — the first federal leader to touch down in the city since the election campaign kicked off.

Harper will speak at the Victoria Inn at 5 p.m. and be joined by local Conservative candidates and other party members.

Liberal leader Michael Ignatieff will be in Winnipeg on Wednesday for a rally at the Franco-Manitobain Cultural Centre beginning at 7:30 p.m. Ignatieff will stay overnight and continue campaigning in the city on Thursday.

NDP leader Jack Layton has yet to announce a campaign stop in the province.