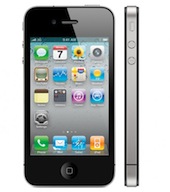 The network will bring with it 3G coverage to remote areas with up to 21 mbps download speeds.

While Steinbach isn’t considered to be “remote,” it’s one of the communities that will benefit from 3G coverage.

Tech writer Colin Unger with MySteinbach.ca wrote a post on Tuesday outlining his excitement. “Compared to what we’ve got now it will be the difference between a turtle and a rabbit running at full speed,” Unger wrote.

There won’t be any additional cost for users to enjoy the speedy data, but your smart phone must already support 3G to fully benefit.

In February, MTS announced it would begin carrying the iPhone in the “coming months” because of the new HSPA network. There hasn’t yet been a date set for when the handset will go on sale.