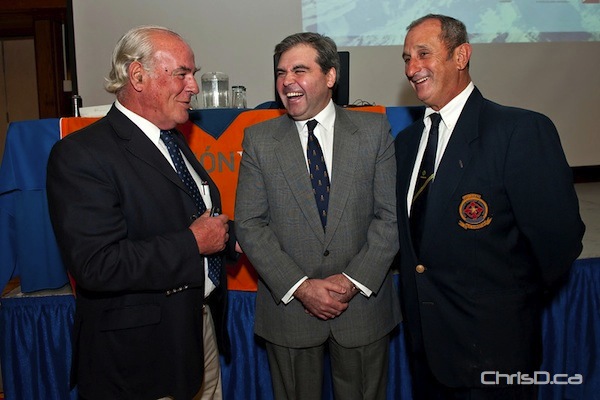 Two survivors of the 1972 crash of Uruguayan Flight 571 spoke Wednesday night at the University of Manitoba.

Jose “Coche” Luis Inciarte and Gustavo Zerbino were in Winnipeg to share their 72-day ordeal on a cold Andes peak and how they had to resort to cannibalism to survive.

The men delivered their dramatic tail to a captivated audience made up of students and other members of the public. The 1993 movie “Alive” chronicled the crash in detail, along with a book under the same title.

Asked if there was one message they wanted to convey, Coche said it was to not give up hope because there is always more to give. “Even if your legs are giving out, you are starving and you don’t think you could take another step there is always more… always.”

Fourteen other people survived the crash.