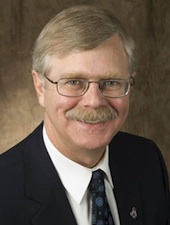 Burrows NDP MLA Doug Martindale will not be seeking re-election on October 4.

The government whip announced his retirement Friday and has been an MLA since 1990.

Martindale intends to teach a course on politics and religion at Booth University College and Providence College, as well as immerse himself in the United Church, of which he is still an ordained minister.