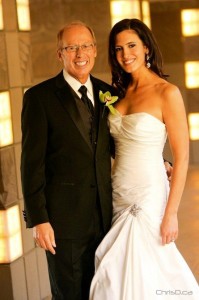 On Friday, the mayor’s office released this photo of the couple. (click to enlarge)

Katz and the 30-something Pasuta were rumoured to be celebrating their honeymoon in Costa Rica.

The nuptials came rather quickly, as the two only announced their engagement in December.

Katz has two young children from his previous marriage, Ava and Kiera.

UPDATE: A spokesperson for the mayor tells ChrisD.ca Leah dropped her maiden name and is now known as Mrs. Leah Katz.