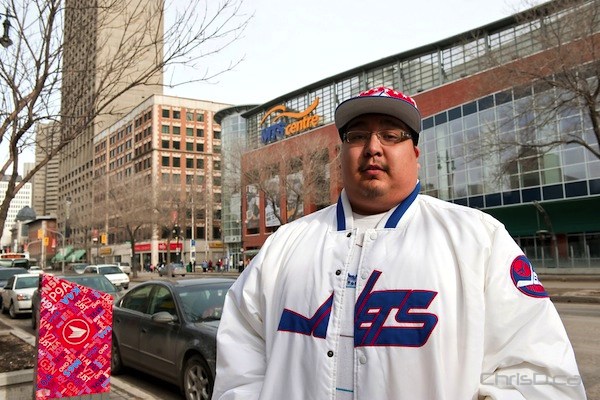 Craig Beaulieu was only nine-years-old when the Winnipeg Jets folded. He's confident an NHL franchise will return to the city in the next couple of years. (TED GRANT / CHRISD.CA) 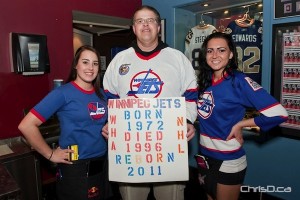 After about 15 years of the Winnipeg Jets packing it in, diehard fans tried again on Saturday afternoon to bring the team back.

Wearing their best Jets gear, about 250 people gathered at 4Play Sports Bar on Portage Avenue for a sit-in rally.

The afternoon included highlight reels of past Jets games, hockey trivia, and fans reminiscing over beers and snacks about their favourite players and moments from the Jets’ 24-year run. 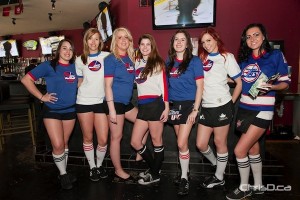 The servers at 4Play Sports Bar were dressed for the occasion. (TED GRANT / CHRISD.CA)

Craig Beaulieu was one of those fans who shared in the enthusiasm of trying to bring an NHL team back to the city. Beaulieu was only nine-years-old when the Jets left for Phoenix and feels a team will be back in Winnipeg in the next two to three years. When the reality became clear a team could no longer be viable in the city, Beaulieu got his father to donate his entire allowance to help keep the team in Winnipeg.

Dancing Gabe was also among fans who turned out, bringing his best dance moves with him and jumping on stage to pump up the crowd.

While the future of the Phoenix Coyotes is becoming more clouded as the days go by, a group of potential Winnipeg owners with deep pockets are waiting in the wings.