Layton to Campaign in Winnipeg Today 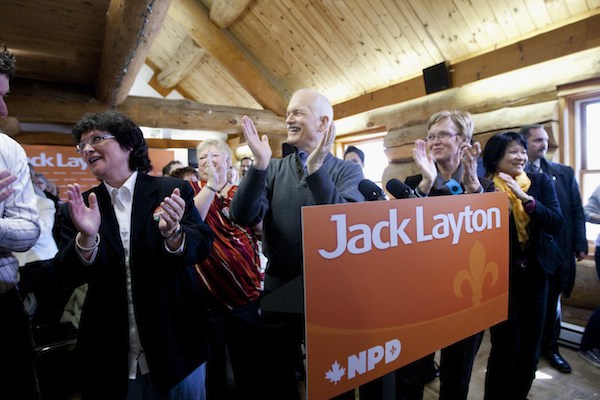 NDP leader Jack Layton will be in Winnipeg today — the third federal party leader to make a stop in the city since the election campaign began.

Layton will begin the day with an announcement this morning at Splash Child Care, followed by a visit to a local pizza restaurant with Winnipeg North NDP candidate Rebecca Blaikie.

Layton will wrap things up with a campaign rally at the Ukrainian Labour Temple, 591 Pritchard Avenue, starting at 5:30 p.m.

← Previous: A Perfect Circle, Allstar Weekend to Perform in Winnipeg Next: Canadians' Personal Data May Be at Risk After Breach →
Tags: Jack Layton | NDP