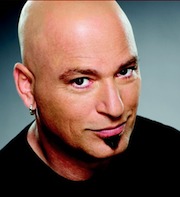 One of the headliners for the 2011 Winnipeg Comedy Festival has pulled out.

Comedian Howie Mandel will not be appearing due to a scheduling conflict.

Mandel was slated to perform on Friday, but will not be able to make it after his new TV series was picked up by the networks, and his current shooting schedule for “America’s Got Talent” will occupy his time.

“It’s always disappointing to lose a host, and since this was Howie’s first visit, it’s doubly so,” said festival Artistic Director Al Rae.

Ticket refunds for the Friday gala “Misfortune Tellers” will not be issued. No word yet on who will replace Mandel.