Auditions for YTV’s ‘The Next Star’ Coming to Winnipeg 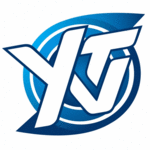 Aspiring young singers from across Canada will be competing in a nationwide six-city search for Canada’s next singing superstar.

Season 4 of the popular YTV show “The Next Star” will be on the hunt for talent during the month of May from coast to coast.

Auditions will begin Saturday, May 7 at the Winnipeg Convention Centre. Registration is from 7 a.m. to 9 a.m.

Adamo Ruggiero from “Degrassi: The Next Generation” is returning as the charismatic host of the series, as hopefuls will be judged and guided by an esteemed panel of experts, including returning mentors, musician Suzie McNeil, songwriter Christopher Ward and music marketing exec Steve Cranwell.

Auditions will also be held in Vancouver, Calgary, Toronto, Montreal and Halifax.

Further details are available at YTV.com.