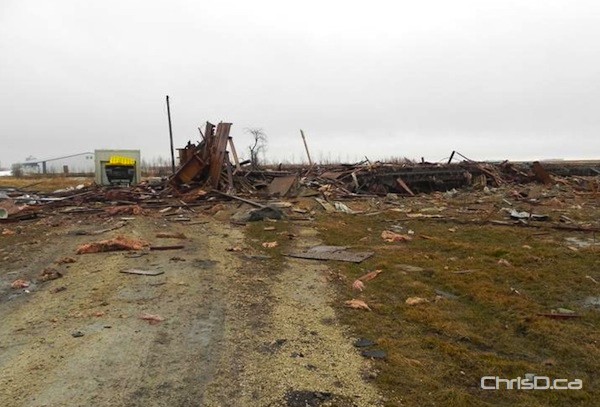 A pile of rubble where a vacant chicken barn once stood is all that remains after an explosion near Morris on Friday, April 8, 2011. (RCMP HANDOUT)

A vacant chicken barn was destroyed by an explosion Friday morning near Morris.

The unoccupied barn located about eight kilometres west of the town exploded just before 10:30 a.m.

RCMP say the 5,000 square-foot building was heated by propane and had electrical service at the time.

There were no chickens in the barn, and no injuries were reported.

Damage is estimated at about $20,000 and the cause of the explosion remains under investigation. However, RCMP don’t believe it’s suspicious in nature.