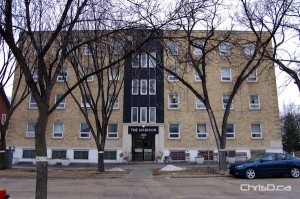 Siloam Mission is expanding to create more space for the city’s homeless population.

Siloam took possession of the Lodge on April 1 at a cost of $300,000 and is working with a number of funders to help cover the purchase price and renovation costs.

The next year will be spent renovating the four-storey building, which Siloam says is in dire need of repairs.

“It’s a shame, but we have one of the lowest vacancy rates in Canada,” executive director Floyd Perras. “There is an acute housing crisis in this city, and this project is our first phase in tackling that problem.”

The Madison currently has 75 people with mental and physical disabilities, and Siloam will work with existing tenants to coordinate the renovations. As rooms become vacant, Siloam will begin moving in their own guests.