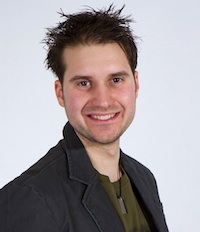 A familiar name within Winnipeg’s media circle will be the new remote host on Citytv’s “Breakfast Television.”

Drew Kozub — known for his voice behind the mic on 99.9 BOB FM and the former CURVE 94.3 — will join the morning show beginning next week.

Kozub takes over for the recently-departed Evan Campbell.