U of W Men’s Volleyball Coach Named to National Squad 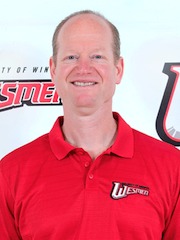 Head coach Larry McKay of the University of Winnipeg Men’s Volleyball program will assume a similar role this summer at a national level.

McKay has been named head coach of the Canadian Men’s National Volleyball Team when they represent Canada at the World University Games.

Canada will play in Shenzen, China from August 12-23 and hold their selection camp from May 7-13 in Gatineau, Quebec.

McKay has been coach of the U of W men’s volleyball team for 22 years and was the head coach of Canada’s National “B” squad last year, along with being part of the National A team’s staff in preparation for the 2010 World Championships.

← Previous: Tax Cuts, Spending Increase in Manitoba's 2011 Budget Next: Massey Students Learning to Be Citizens of the World →
Tags: University of Manitoba | University of Winnipeg