U of M Offering the Ultimate Geeky Summer Course 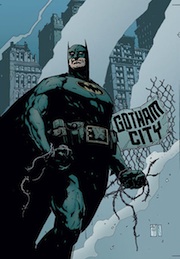 How’d you like to earn a university credit for studying comic books?

The University of Manitoba will be offering such a course during Summer Session 2011 in May titled “The Comic Book Film.”

The course, which does in fact include a final exam, will teach all about the history of film adaptations of comic books.

“Over the course of the last decade or so, the number of comic-based films that are both good movies and respectful adaptations has skyrocketed,” said course instructor David Annandale, who also teaches English, film and theatre. “I thought the time had come to take a closer look at a phenomenon that is becoming more and more important, both artistically and commercially.”

Whether you’re a Batman, Thor, Captain America, X-Men or Green Lantern fan, this sounds like a course for the ultimate comic book aficionado.

Details on registering are available at UManitoba.ca.