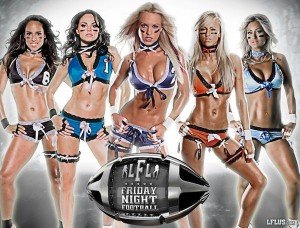 Gentlemen, try to keep your jaws from hitting the floor.

The Lingerie Football League is expanding to Canada, creating a team in Toronto this fall and bringing smiles upon the faces of many.

The U.S.-based organization, known as the LFL, features women in skimpy clothing tackling each other to the ground. The league already has teams in major U.S. cities, including the Cleveland Crush, San Diego Seduction, Baltimore Charm, Orlando Fantasy and Philadelphia Passion.

Toronto is only the first stop in the LFL’s plans on expanding north. The league is also considering teams in Winnipeg, Edmonton, Calgary, Saskatchewan, Montreal, B.C., Hamilton and Ottawa.

According to the League’s website, an exhibition game is scheduled for July 22 at the Golf Dome on Wilkes Avenue.

As part of the five-team expansion, including Toronto, the league is setting up shop in Las Vegas, Minnesota, Cleveland and Green Bay this fall.

Plans are already in the works to launch the Canadian LFL in September 2012.