Life of Artist Wanda Koop to Be Screened at WAG 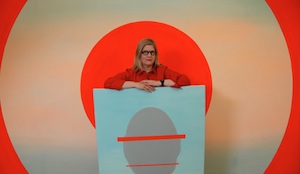 A film looking at the extensive art career of Wanda Koop will be screened at the Winnipeg Art Gallery on Saturday, April 23.

“KOOP” was a huge hit at the Reel Artists Film Festival in Toronto earlier this year, and the artist’s work has even attracted large crowds at the National Gallery of Canada.

“Portions of it were filmed here at the WAG, as well as in her studio, so we have a personal interest in it,” said WAG Director Stephen Borys.

The screening will be followed by a reception, and a question and answer session with Koop and Katherine Knight, the film’s director.

Showtime is 7 p.m. in the WAG’s Muriel Richardson Auditorium. Tickets are $10 at the door.