Home » Photos » Drivers Pull Over for Their Charitable Cupcake Fix

Drivers Pull Over for Their Charitable Cupcake Fix 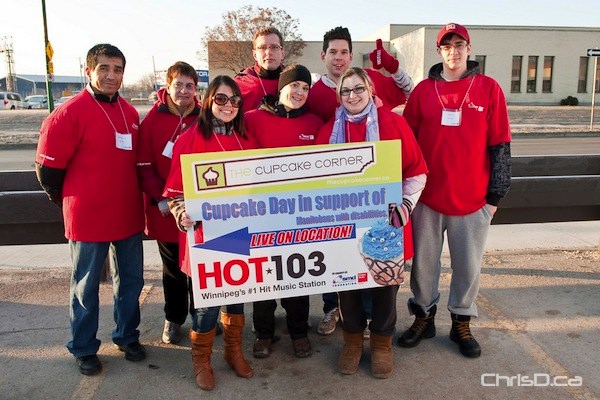 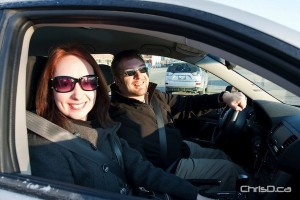 Michelle and Craig Holigroski were the first customers to pick up their share of cupcakes early Tuesday morning. (TED GRANT / CHRISD.CA)

It was a frosty start to the day Tuesday morning as volunteers sold packages of a dozen cupcakes at Confusion Corner.

Cupcake Day was in support of the SMD Foundation/Easter Seals Manitoba and helps provide assistance to Manitobans living with disabilities.

Between 7 a.m. and 10 a.m., commuters pulled into the Organza parking lot and picked up their sugary treats from the Cupcake Corner.

Visitors to the cupcake drive-thru also received a cup of Starbucks coffee, and a copy of the Winnipeg Free Press.