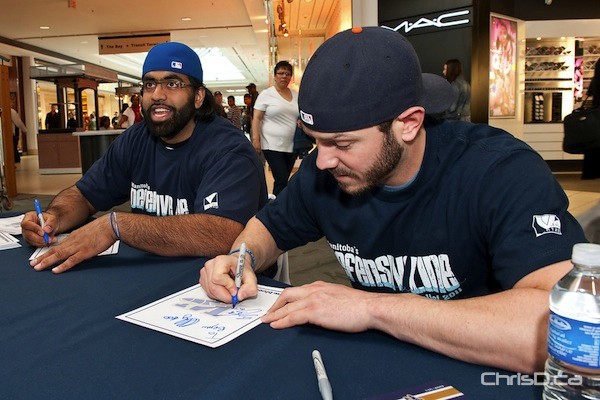 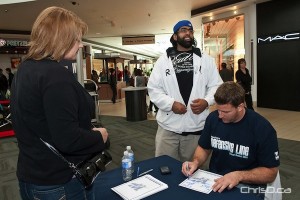 Players from the Winnipeg Blue Bombers assembled on Saturday for a flood relief event at St. Vital Centre.

Members of the team were on hand to greet fans, sign autographs and hawk special Defensive Line T-shirts.

By 2 p.m., organizers said they had sold half of their 250 shirts for the cause.