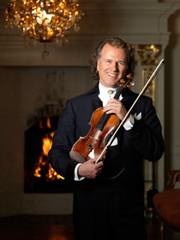 Classical artist André Rieu will be returning to Winnipeg this fall.

“An Evening with André Rieu” will include the 60-piece Johann Strauss Orchestra, with Rieu playing his world-famous Stradivarius violin to create a celebratory atmosphere, where fans are encouraged to get out of their seats and waltz in the aisles.