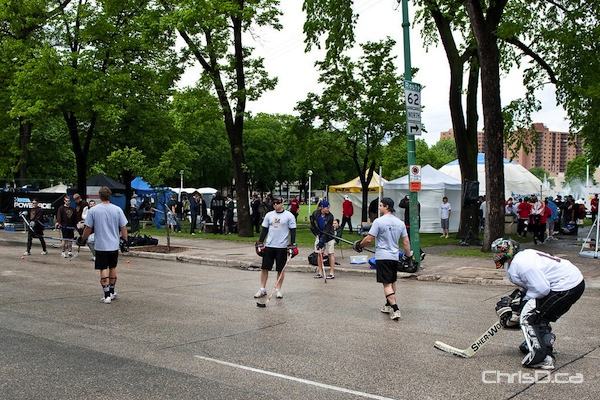 Get your hockey gear out — it’s almost time to Play On!

The largest annual sports festival in the country is touring the nation again this spring and will make a stop in Winnipeg.

From May 14 to 15, CBC’s Hockey Night in Canada Play On! tournament will pit teams of four against each other at Kildonan Place Shopping Centre.

About 30 rinks across Canada will be operating during the course of the event.

Players of all skill levels are encouraged to sign up a team at PlayOn.ca. There are only 16 days left to register.