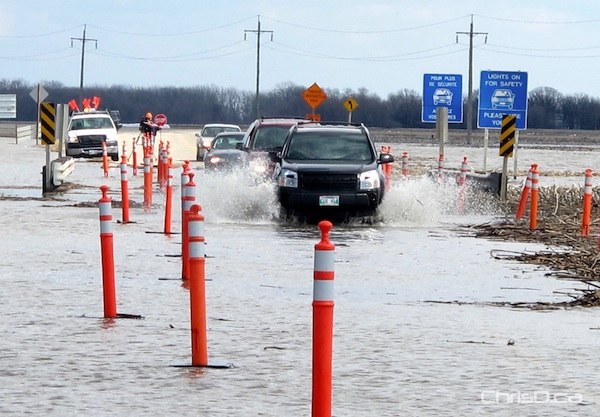 The number of evacuees affected by the spring flood continues to rise, with 1,954 people now seeking shelter in other areas across Manitoba.

In Winnipeg, the Red River has dropped 0.12 feet at James Avenue since Monday, now sitting at 18.36 feet.

The Red River was near its crest stage in Letellier on Tuesday, with a water level of 784.15 feet — that’s just over a foot lower than the 2009 crest.

Provincial flood forecasters also note that Highway 200 and Highway 210 near St. Adolphe are now ramped on the south and east sides of the community, while still maintaining local access.

With water levels expected to remain high for several more weeks, officials warn residents to keep their dikes in place even after rivers have crested. Adverse weather conditions could bring a sudden increase in water levels unexpectedly.

The latest flood forecast for other areas of the province can be found at Manitoba.ca.