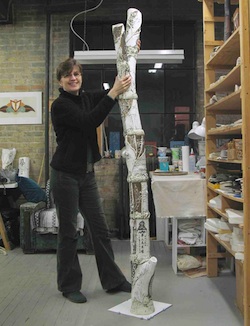 An art exhibit travelling across the prairies will open up in Winnipeg today, featuring the works of 35 craft artists from Manitoba, Saskatchewan and Alberta.

Prairie Excellence showcases the best of contemporary fine craft artists from across the three Canadian provinces.

A reception from 5 p.m to 7 p.m. tonight will officially open the exhibit, where the Manitoba Hydro Best in Manitoba Award will also be announced.