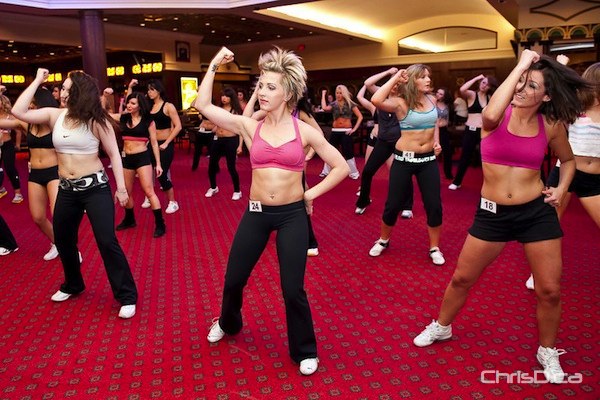 Dozens of women audition to be part of the Blue Lightning Dance Team on Saturday, April 30, 2011 at McPhillips Station Casino. (TED GRANT / CHRISD.CA)

About 65 ladies came out to show off their moves in an effort to be chosen to dance on the sidelines at this season’s Blue Bomber games.

The competition at McPhillips Station Casino was tough this year, and only a handful of those who tried out will actually make the cut to fill the 18 to 20 spots available.

But it wasn’t all about looks — inner beauty was also being judged. As the Blue Lightning dancers will have to be ambassadors for the Blue Bombers’ brand, people skills were also a factor in the vetting process.