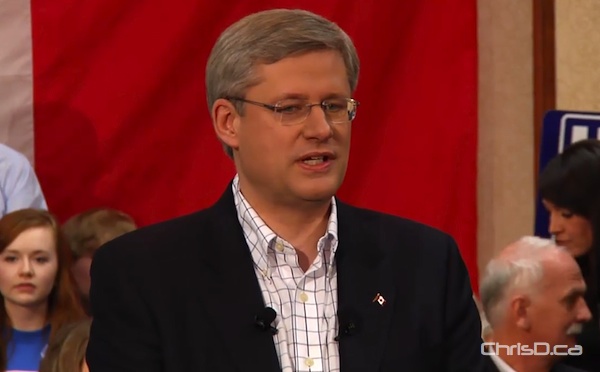 Canadians handed Prime Minister Stephen Harper and his Conservatives a majority government Monday. After leading the pack the entire night, with the NDP trailing in second place, the Conservatives won 167 seats across the country. Jack Layton and the NDP will sit comfortably as the official Opposition, winning 102 seats.

Liberal leader Michael Ignatieff took a beating at the polls, performing worse than political analysts had predicted and even losing his own seat. The Liberals picked up 34 seats nationwide, while losing one of their Manitoba seats in the riding of Winnipeg South Centre. Liberal Anita Neville was defeated by Conservative Joyce Bateman.

In tight local races, all eyes were on the ridings of Winnipeg South and Winnipeg North. In the south, incumbent Tory MP Rod Bruinooge won his seat for a third time, holding off Liberal challenger Terry Duguid by more than 8,000 votes.

In Winnipeg North, NDP candidate Rebecca Blaikie and the surge of the “orange crush” wasn’t enough to take back the riding from incumbent Liberal Kevin Lamoureux.

Gilles Duceppe, leader of the Bloc Québécois, lost in his own Montreal riding, while the party itself clinched four seats.

The Green Party won one seat in leader Elizabeth May — allowing her to participate in the federal leaders’ debate four years from now.

In another turn of events, the CBC indadvertedly broadcasted election results from the Maritimes Monday evening to other parts of Canada before all polls had closed. The federal broadcaster began showing results at 8 p.m. CT, before abruptly going off the air at 8:05 p.m. with a “technical difficulties” message on the screen.