Westman Users Cut Off from Internet Due to Service Outage 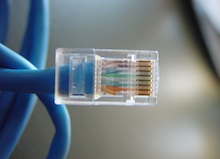 Residents in Brandon and the surrounding areas are now into more than 40 hours of Internet downtime after an outage at Westman Communications Group began Sunday afternoon.

The Internet, TV and phone provider experienced a glitch due to flooding in one of its fibre optic lines between Brandon and Winnipeg.

By Monday, television service was partially restored, as the company switched to different American feeds in Detroit while it worked to fix its CBS and NBC feeds from Minneapolis.

Long distance phone service was still down by Monday.

According to one user in Brandon, subscribers had regained e-mail access by Tuesday morning, and some internally-hosted websites, but not complete access to the Internet.

The outage affected the Brandon Sun’s website, which was down for most of Monday before the newspaper switched its DNS to another provider in time to cover the federal election.

Subscribers are seeing the impact of the widespread outage from Dauphin all the way down to Killarney.

Westman’s main competitor in the market is MTS.

The company doesn’t have a time frame for when service may be fully restored.