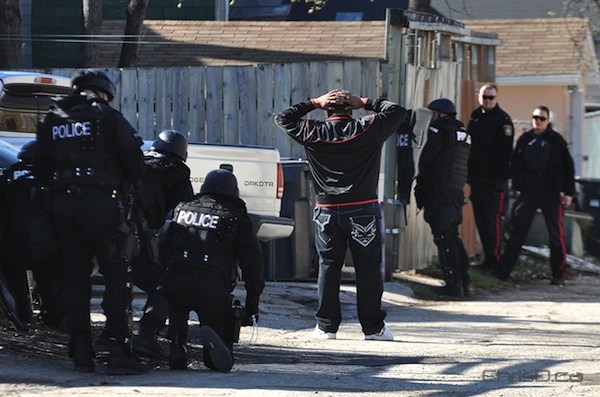 Police surround a suspect on Victor Street Tuesday, May 3, 2011, following the execution of a search warrant on a nearby residence. (MAURICE BRUNEAU / CHRISD.CA) 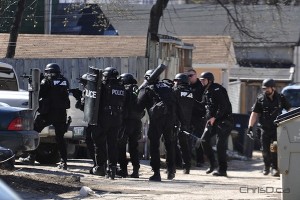 Police converge on a home in the 400 block of Victor Street on Tuesday. (MAURICE BRUNEAU / CHRISD.CA)

Several people were taken into police custody Tuesday morning in the 400 block of Victor Street.

Winnipeg police and members of the tactical unit executed a search warrant on the home near Ellice Avenue at about 9 a.m.

Police are remaining tight-lipped on the situation, only to say the home was searched and the investigation is in its early stages.

Area residents on scene said the property was used as a “crack house” and it wasn’t the first time police have been called.

Witnesses say about a dozen people were taken away by police.

← Previous: Sharon Jones and the Dap-Kings to Play the Garrick Next: Lawyers to Take the Stage in MTC Play 'Gypsy' →
Tags: Crime | Winnipeg Police