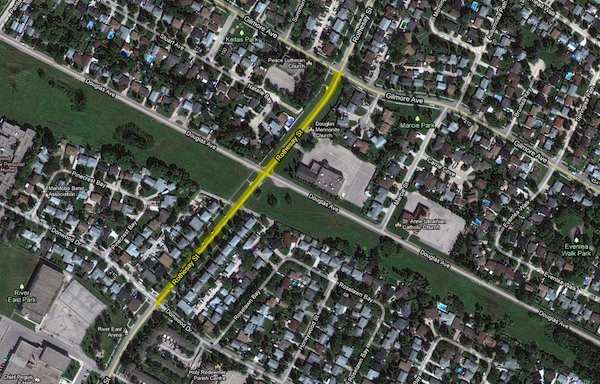 As part of the Chief Peguis extension project, Rothesay Street will be closed to vehicle traffic on Monday beginning at 6 a.m.

The street will remain closed from Gilmore Avenue to Donwood Drive until September 2011.

Pedestrians will be given temporary north and southbound access during the closure.

A number of Winnipeg Transit routes will be affected during the closure. For a complete list, visit Winnipeg.ca/chiefpeguistrail.