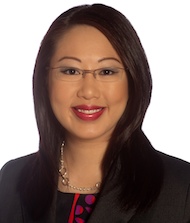 Pan will assume the same position at CBC Edmonton when she begins on May 24.

Her last day in Winnipeg will be May 13.

Pan has been with CBC Manitoba since 2007, and in November 2009 was tasked with hosting the abbreviated late night newscast.

The move will also allow Pan to be closer to family, she tells ChrisD.ca.