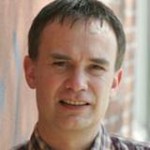 Nominations are now open for the 2011 Lehotsky Scholarships. Citizens are invited to nominate individuals they feel are deserving of a scholarship, while at the same time honouring the legacy of Reverend Harry Lehotsky.

In 2006, the Lehotsky Scholarship Fund was created to award scholarships to young Winnipeggers who have significantly contributed and have acted as an advocate for health and safety for the citizens of Winnipeg’s West End.

Mayor Sam Katz awards a total of $5,000 in scholarships, with preference given to candidates between the ages of 18 and 30, and who have demonstrated a strong commitment to the West End community through volunteer work, community leadership or other contributions.

The deadline for nominations is June 3, 2011. Forms are available at Winnipeg.ca.