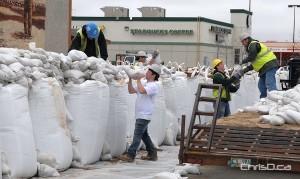 The Manitoba Chambers of Commerce have decided to relocate their Annual General Meeting from Brandon to Winnipeg.

“The people of Brandon are better served focusing their resources, time and accommodations on the flooding rather than hosting our AGM,” said Graham Starmer, the Chambers’ president.

“Our thanks to the sacrifice the chamber movement has made in moving the AGM and its consideration for those affected by flooding”, Brandon Mayor Shari Decter Hirst said in a joint statement.

The AGM will now be held May 13 to 15 at the Victoria Inn Winnipeg at 1808 Wellington Avenue.