Highway 75 to Reopen on Tuesday 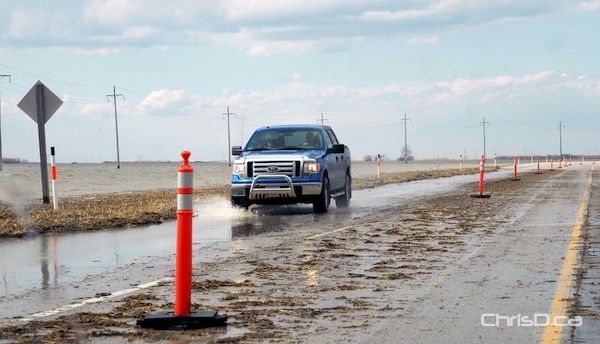 A truck drives through water on Highway 75 south of Morris on Sunday, April 24, 2011. (STAN MILOSEVIC / MANITOBAPHOTOS.COM)

Highway 75 — the main artery between Winnipeg and the U.S. border — will open again to traffic on Tuesday.

The highway south of the city closed on April 18 due to the rising Red River.

Flood officials said on Sunday that the community ring dike around St. Jean Baptiste and Morris will be removed in the next two to three days.

The railway crossings in Morris are also expected to open again in the next few days.