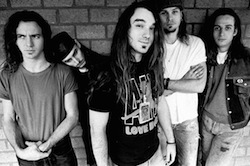 Pearl Jam will play Winnipeg this fall as part of their 20th anniversary tour.

The band will make stops in nine Canadian cities, including at MTS Centre on September 17.

Two dollars from every ticket purchase will go toward the Vitalogy Foundation — the chosen charity of the band.