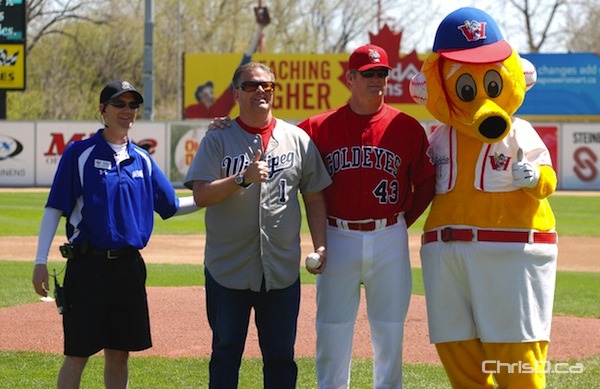 Dancing Gabe (second) is joined on field by GM Andrew Collier, manager Rick Forney and Goldie during a ceremony at Shaw Park on Sunday, May 15, 2011. (MAURICE BRUNEAU / CHRISD.CA)

The Fish presented Gabe with a handful of prizes for showing up to nearly every home game since the club formed, including a brand new jersey for him to sport in the stands.

The Goldeyes won three out of their four games at Shaw Park to kick off the 2011 season, including their 5-2 win over rivals Fargo-Moorhead on Sunday.