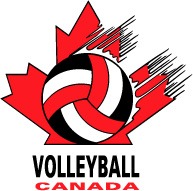 Selection camp for the National Women’s Volleyball Team is taking place this week at the University of Manitoba.

Chosen athletes began being selected Monday at the Frank Kennedy Centre, and will represent Canada during the international season, in which Canada will be playing to qualify for the 2012 Olympics in London, England.

The developmental “B Team” is also being picked, in additional to the Senior Women’s Team. The B Team will train in Winnipeg throughout July and compete on behalf of Canada in the 2011 World Universiade Games in Shenzhen China from August 12 to 23.

← Previous: Survey Aims to Renew Sport Policy in Canada Next: Perfect Day to Spend at the Park →
Tags: University of Manitoba | Volleyball