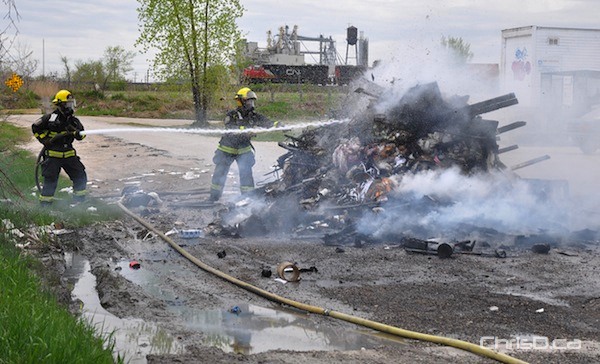 Firefighters extinguish a blaze that began in a garbage bin on Thursday. (MAURICE BRUNEAU / CHRISD.CA) 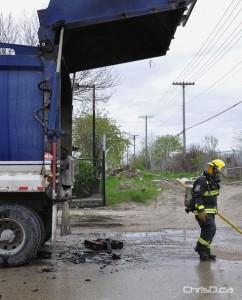 A garbage truck unknowingly picked up a load that began to smoulder on Thursday.

At around 2 p.m., the BFI truck dumped the load after smoke started billowing out from its container.

Firefighters were called to the area of Cole Avenue and Foster Street to extinguish the flames.

The incident happened in the parking lot of Tool World.

No word on what led to the small fire.