CAA Staff Say Goodbye to Their Locks in Charity Shave 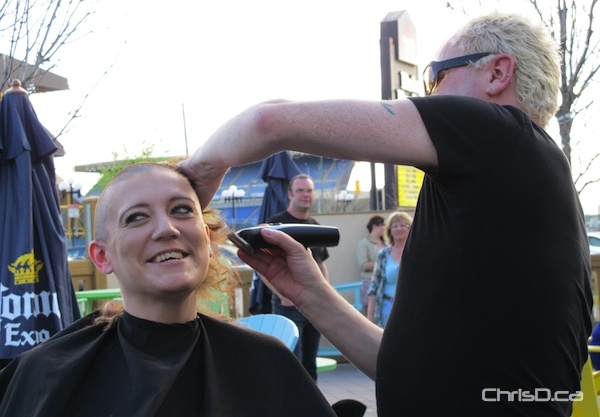 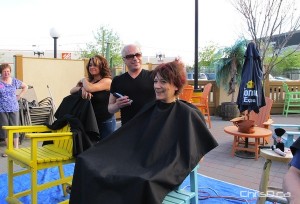 One of 20 brave participants from CAA Manitoba prepares to have her head shaved. (CLAUDINE GERVAIS / HANDOUT)

Twenty employees from CAA Manitoba shaved their heads Thursday night in solidarity to raise money for the Canadian Cancer Society.

The fundraiser was in support of the Society’s annual Dragon Boat Festival from September 9 to 11, 2011.

Kudos to those who braved the shave for a great cause.

CAA Manitoba is also reminding motorists this weekend to slow down and move over while approaching tow trucks working on the side of the road.

“May long weekend kicks off a busy cottage season in Manitoba,” said CAA spokesperson Liz Peters. “That means more cars on the roads, and more break downs too.”