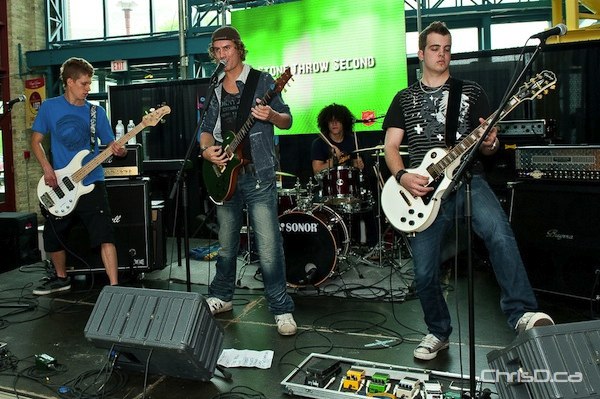 Stone Throw Second performs at The Forks over the weekend as part of the Salvation Army's "Dignity Project." (TED GRANT / CHRISD.CA)

May has been declared Dignity Month by the Salvation Army, and the Dignity Project is helping to educate the public about the reality of poverty in the 21st century.

The Dignity Project highlights that everyone should have access to basic necessities and has the right to dignity.

Throughout the month of May, the Salvation Army and many of its local units will host events focusing on the concept of dignity.

The latest was this past long weekend at The Forks, where eight bands donated their time to the cause.

There are roughly 3,000 homeless people in Winnipeg, with the number fluctuating based on the weather. The Salvation Army has room for about 410 people per night and can stretch to add another 50 if required. Winnipeg’s Siloam Mission can shelter 100 people and the Main Street Mission can accommodate 30 to 40 people.