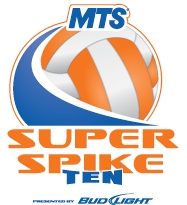 Organizers announced details of the two-day event on Wednesday, which is celebrating its 10th anniversary.

Highlights this year include a new ‘masters’ division, allowing those over the age of 35 to compete, a contest giveaway for someone to win two tickets to see the UFC in New Orleans in September, and the addition of six new permanent beach volleyball courts at the site of the event.

“MTS Super-Spike has become a staple for Winnipeg summers as one of the best festival events hands down,” said Greg Paseshnik, Event General Manager. “The weekend has consistently grown every single year since it started and there are no signs of slowing down.”

Super-Spike has raised more than $300,000 to date in support of the National Women’s Volleyball Team. A record 217 teams took part in 2010, with more than 5,000 people attending. The goal this year is to have 250 teams registered and $75,000 raised for the Winnipeg-based Women’s National Team.

Early bird registration is open for $45 per person through July 1 at SuperSpike.ca. Weekend passes for non-players are $20 in advance.