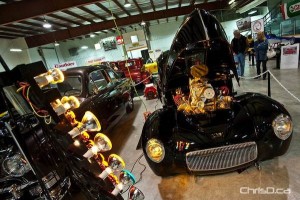 Winnipeg police will be stepping up enforcement this season on Sunday cruise nights.

To make sure vehicle owners are compliant with the law and know what is and isn’t legal on their rides, police will be holding several information clinics in the near future.

The Manitoba Association of Automobile Clubs has partnered with the Winnipeg Police Service to offer its members the opportunity to discuss their vehicles with police in a non-confrontational environment.

This past weekend, the Central Traffic Unit issued 232 tickets for Highway Traffic Act offences, including 185 for speeding. Three of the infractions were related to equipment offences.

Police will also be focusing their efforts on aggressive driving, seatbelt use, cell phone offences and driver licensing.

To avoid mass surprise inspections, the WPS will work with auto clubs throughout the city to educate members on the legality of their vehicles.