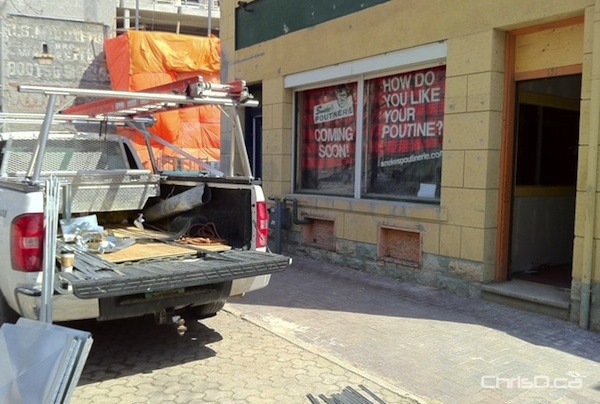 Smoke's Poutinerie at 131 Albert Street as seen in this May 4, 2011 construction photo. (JULIE PRÉJET / TWITTER)

After weeks of waiting, followed by a delay, Smoke’s Poutinerie has pushed back its opening once again.

The chain at 131 Albert Street has been the talk of the town among poutine aficionados since it was announced earlier this spring.

On Sunday, the restaurant held a special preview for invited guests, but says an official opening date is out of their control. In a Facebook message, the owner said the delay is City of Winnipeg-related. A soft launch is expected in the coming days.

The franchise is familiar to those in Eastern Canada and will be expanding into Western Canada in the future, with locations planned in Alberta and British Columbia.