Home » News » Dog Owners Given a Break During Amnesty Campaign

Dog Owners Given a Break During Amnesty Campaign 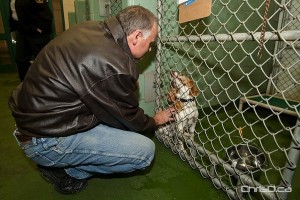 Starting Wednesday, delinquent and non-licensed dog owners in Winnipeg will be able to purchase a license without being penalized with retroactive license fees.

The city’s Animal Services Agency is holding a dog license amnesty campaign from June 1 to August 31, 2011.

Under law, all dogs older than six months of age must be licensed. Owners who don’t license their dogs can face a fine of $250.

After the amnesty campaign, the city will implement a zero tolerance dog license policy, meaning no warnings will be issued before a fine is handed out.

Dog licenses cost $27 a year for spayed/neutered dogs, and $62 for others. A discount of 10% is given for a two-year license. Dog licenses are available for purchase online at Winnipeg.ca, at most vet clinics, animal shelters, pet stores, and at Animal Services at 1057 Logan Avenue.