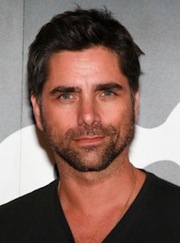 Actor John Stamos will join The Beach Boys in Winkler this summer when they perform at the Parkland Stage on June 16.

Best known for playing Uncle Jesse on the TV sitcom “Full House,” Stamos has a history with the band. He previously sang alongside the group on tour, and filmed a scene with them during an episode of the show.

About 2,700 tickets were said to be available when the concert was originally announced in March.

Tickets are $45 to $150 and can be purchased at CityofWinkler.ca.