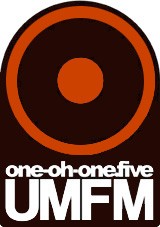 The recently-renovated 101.5 UMFM will swing open their doors to listeners on June 6.

The campus and community radio station at the University of Manitoba will host a series of open houses to allow the public to tour its new state-of-the-art broadcast facilities and live band recording room.

The first open house, as mentioned, will be next Monday from 2 p.m. to 5 p.m.

“The renovations are a huge boost for the station and we’re excited to show off our new digs”, station manager Jared McKetiak said. “The upgrades position UMFM to create an even better radio experience to listeners on campus and in the wider Winnipeg community.”

UMFM is located on the third floor of University Centre on the U of M’s Fort Garry campus.

← Previous: NHL Returns to Winnipeg After 15 Years Next: RCMP Searching for Overdue Boater in The Pas →
Tags: Radio | University of Manitoba